We plan to delve more deeply into some of the nutritional differences between grass fed and conventional beef in future posts but thought it would be useful to begin with an overview.

All calves begin their life eating grass after they are weaned. For conventional cattle, this lasts approximately 6 -9 months at which time the animals are brought into the barn and fed grain, mostly dried corn and soy, to speed up their growth and fatten them more quickly. Conventional beef cattle are also treated with antibiotics to prevent infection resulting from crowded and unsanitary living conditions and from eating a diet that is unnatural to their digestive system. Antibiotic treatments also speed up the growth process. They are also often given growth hormones to increase their growth rate, allowing them to be slaughtered sooner. Antibiotics and hormones can remain in their system and in the beef (as well as of the soil and air from their waste products) of these animals.

Hundreds of thousands of head of cattle are ‘raised’ on CAFOs or Confined Animal Feeding Operations, also referred to as factory farms. These farms raise and slaughter thousands of animals each day and send them off to outlets throughout the world. Ninety-five percent of the beef consumed in America is produced on a factory farm. At the turn of the 20th century there were no factory farms and most cows were raised on grass, which is their natural diet. Cows are ruminants, which means that their digestive system is designed to digest plant matter (cellulose) in a multi-step process by fermentation and ‘rechewing’ (ruminating).

When cows consume their natural diet of grass and other associated sedges, their digestive system operates optimally to convert cellulose (plant starch) into protein and fat, a feat that humans are unable to do. As a result of this, there are significant nutritional differences between conventional grain fed beef and grass fed beef

Omega 3 and Omega 6 fats are essential, that is they must be obtained in the diet because the body cannot produce them (like it can all other necessary fats). These fats are vital to the inflammation and anti-inflammation processes. It is critical to have a balance of these fats in order to effectively manage these processes. Most of the fats found in our diet today are Omega 6 and very few are Omega 3, leading to an imbalance. Omega 3 fats can found in large amounts in cold-water fish, certain nuts and seeds and grass fed beef. Conventional beef that is grain fed is devoid of Omega 3 fats. “Grain finished” cows lose their stores of Omega 3s once they are taken off grass and fed grains.

Conjugated Linoleic Acid or CLA is a polyunsaturated fatty acid that is known to have powerful health effect for the prevention and treatment of cancer, heart disease, diabetes and insulin resistance as well as weight loss. It is formed in the rumen of cows (and other ruminants). Concentrations of CLA have been shown to be 3-5 greater in grass fed cows compared to those that are fed grain.

Of the macronutrients, protein has been shown to provide the greatest satiety, or fullness value by the increased release of PYY, an intestinal hormone that controls appetite.

In addition to these nutritional differences, raising grass fed animals in more environmentally responsible and sustainable and can be part of a biodynamic system of animal farming that contributes to the health of the earth and its inhabitants rather than draining its nutrients and causing unnecessary suffering to the animals. 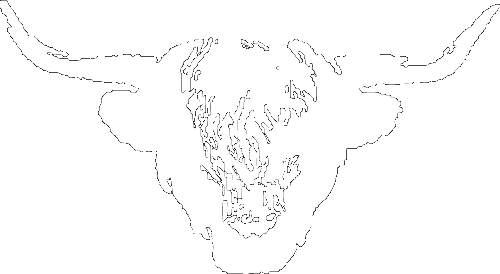